That bucketful of water was for me!!

Posted on September 4, 2010 by giacintobutindaro 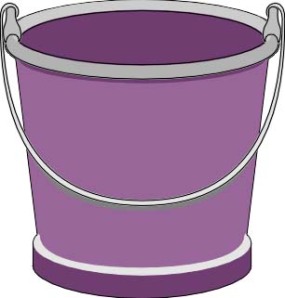 In 1985 I was doing military service at the Recruit Training Center (in Italian it is called C.A.R. which stands for Centro Addestramento Reclute) of Orvieto (a little Italian town located in the center of Italy). After the first month of training, I attended a course to become drill-corporal and afterward I was assigned to the first company of that center.

One night, while I was sleeping, I suddenly woke up. Usually, during the night, I unlikely woke up, but that night I felt as if someone had touched my left foot, so I woke up.

Now, when I woke up I had just the time to reflect upon that soft blow I had felt in my left foot and to wonder when I would fall asleep again, when I heard someone whispering behind me at a certain distance; at least two persons were speaking softly to each other as if they were about to play a nasty trick on someone. I realized that they were about to throw a bucketful of water over somebody. So I sat up in my bed to see what was going to happen. ‘Let’s see who is the person over whom they will throw the bucketful of water’ I was saying to myself. Then they began to run: at a certain moment I saw them running along the corridor in front of me, they were holding a bucketful of water, and they threw it over the bed which was in the dormitory next to mine (my dormitory was the third and the next one was the second) and in the same position of my bed. I rose to my feet, and I went to see the effects of that nasty trick. However, the bed which had been stricken was empty, nobody was sleeping in it. Therefore, since in front of that bed there was another bed in which was sleeping another drill-corporal, I thought that the target was him but they had missed the target. That was what that drill-corporal himself thought, for he got really angry with those persons who had thrown that bucketful of water.

Some days later, while I was in the cookhouse I met a soldier to whom I had spoken about the Lord some days before; he came up to me while I was eating and he said to me a phrase like this: ‘The other night you got away with it!’, then I replied: ‘What do you mean by that?’ and he said to me: ‘They wanted to throw that bucketful of water over you, but they missed the target, and the one who threw the bucketful of water threw it over his own bed (for the bed stricken was the bed of the person who threw the bucketful of water) and he got very angry because of that mistake!!! When I heard those words I rejoiced greatly in the Lord, I recognized that the Lord had waked me up to let me see that He is able to thwart the plans of the crafty and he returns their craftiness on their own heads.

I must admit that I was amazed to hear that the person who had thrown the bucketful of water had missed the target; humanly speaking, if I had been in his place I would not have missed the target for it was a very easy target, yet he missed the target and more than that he harmed himself for the bed he had stricken instead of my bed was his own bed!!! It is evident that God had blinded his eyes. To God be the glory now and forever. Amen.

I am a minister of the Gospel, living and serving God in Italy
View all posts by giacintobutindaro →
This entry was posted in God’s protection, Testimonies and tagged god's protection, testimonies. Bookmark the permalink.